Get Rid of the Drama! – How to Deal With Problem Staff 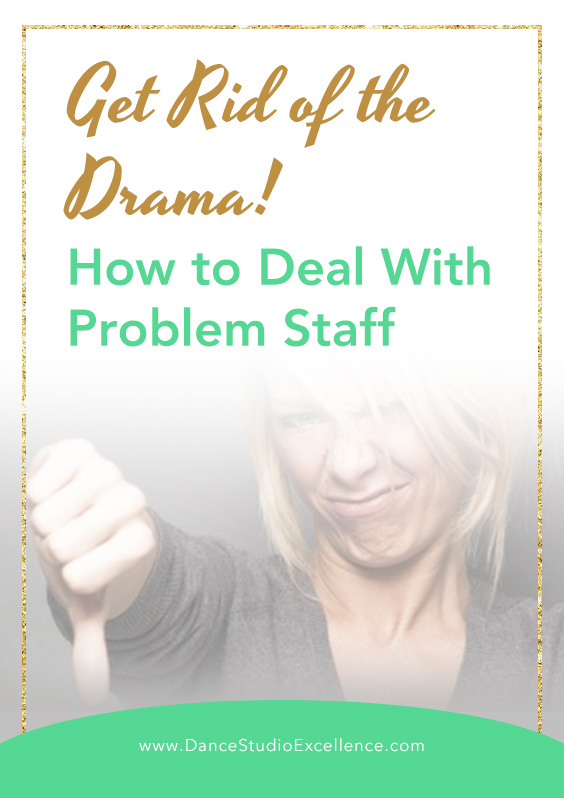 Nearly every dance studio manager I’ve consulted or talked to has mentioned having at least one problem employee.

The one that calls in sick regularly, makes up excuses for endless mistakes, causes drama and headache within your studio.

The most unfortunate thing is that most managers get held hostage to these individuals; spending disproportionate time, energy and thoughts on them. They often hover on the thought of letting them go for years, but never quite able to find a basis to pull the trigger.

There are several things you need to do as a manager to prevent any employee from crossing the line.

1. Set Clear Standards From The Start And Stick To Them

It is a lot easier to set clear rules and consequences from the start, than to enforce them after something unpleasant had already happened.

Every established organization have their own policies and rules of conduct. Establishing these policies before hiring your employees is important. The employee will sign them as part of their employment contract (and are, therefore, legally bound).

Rules of conduct are crucial, as they outline the expected behavior of your employees within your studio, and the consequences should they not follow these rules.  By establishing this upfront, you’ll be in a better position to address and administer disciplinary action upon violation of the set rules.

It is equally important to follow through on the consequences, should a rule be broken. As tough as it may be having those crucial conversations, it’s important to act on the guidelines. Set an example to the offending staff member and the rest of your team.

2. Get On Top of The Issue EARLY

Whether or not you have policies in place, it is important to stay on top of issues before they turn into something bigger.

This means that if you start to notice a staff member’s quality of work declining, or that they’ve started to pick up some bad habits, you should talk to that staff ASAP. The longer you leave an issue, the tougher it will be to address later on.

Depending on the severity of the issue, you may need to have a formalized chat with witnesses present, or just a casual reminder over a cup of coffee. But you need to make it known to the staff member that their behavior is an issue and that you’ve taken notice.

I’ve seen a lot of studio owners try to sweep minor employee issues under the rug, because they are too busy or scared to address it. As someone who’s been guilty of this in the past, I can tell you right now that it’s probably the worst thing you can do.

Ignoring the issue will not only make you harbor negative feelings of mistrust towards the employee, but chances are he or she might not even know that they’ve actually done anything wrong in the first place.

You certainly don’t want to over-react, but if your employee is not following your studio policies, then sit them down and have a chat. If it’s just a simple mistake, then a quick reminder of the policies is all you need (or if you didn’t have a solid policies in place, now would be a good chance to put that in action so the expectations are clear).

However, if they have done something that may potentially jeopardize your business, then a more serious meeting may be required.

Often, when an employee becomes difficult to deal with, it is easy for the manager to blame the employee’s laziness or carelessness as the reason.

But we are all human, and we are all emotionally-driven. Even the best employees are affected by what happens in their personal lives.

If an employee who had always been a star performer, suddenly becomes difficult to manage, it’s worthwhile looking deeper into the cause. Sit them down and listen to what they have to say.  In some cases, they may not even realize they are affecting you or your business. It may force them to address issues they have been trying (badly) to suppress.

If an employee has never been particularly fantastic at the job and have always caused issues, this might be a good chance to understand why. Perhaps your studio or the job is just not suitable for that person. It may be a good excuse to let each other go.

When you’re having a crucial conversation, it’s easy to say things in the heat of the moment that you may regret later. This is especially the case when dealing with an underperforming staff who has been getting on your nerves for a while.

Likewise, if all you wanted was for your staff member to take the bins out at the end of each shift, there is no need to set up a meeting two weeks in advance with another witness present.

Whatever the issue is, make sure you have your facts straight and stick to them through the conversation. Avoid digressing to non-relevant matters and don’t get on the attack.

Most people who are confronted will generally have a million excuses for their behavior. Some may even try to blame you. But understand this reaction is normal, so there is no need to go on the defence and start trading insults. Ultimately, you are the boss; you are in the position of power, so cut them some slack in their state of vulnerability. Let them have their say, and respond diplomatically with facts and proof where necessary. 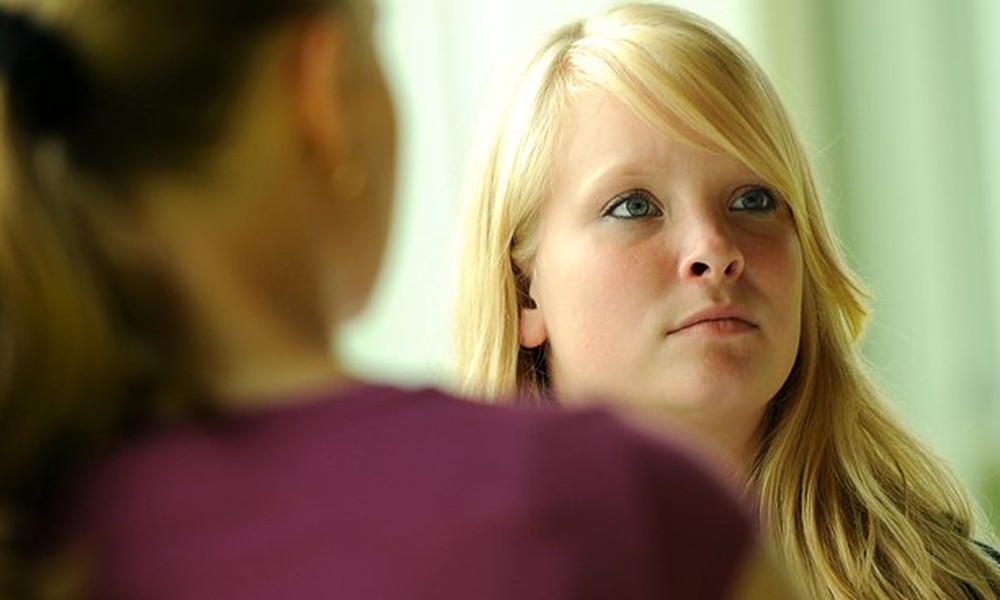 Don’t Try To Be Their Friend

Conversely, being overly calm and understanding can sometimes be as bad as being too emotional and hot-tempered. Remember why you are having this conversation and what the goal is.

Is it to become BFFs for life with your junior teacher so that she thinks you’re the coolest boss ever? (Let’s hope not!)

Many managers tread so lightly during crucial conversations, that the point never actually reaches the intended party. They try to make the situation as casual, polite and fluffy as possible. They don’t want to hurt any feelings or ruffle any feathers. The real issue is often sandwiched between some casual chitchat and a few lighthearted jokes.

And if they get an apology (that first glimpse of the point finally getting through) the first thing they say is “Oh that’s okay”.

That is why you are having this conversation – because it’s NOT okay! It’s not the end of the world, of course. But make it clear that the issue itself is not acceptable and that changes are to be made.
Brushing it off as being “okay” negates any point you’ve made prior, and undermines the severity of the issue.

Don’t sugarcoat it. Don’t waste your time. It’s a business issue, so just get to the point.

There’s no need to be rude or emotional, but you do need to make sure your point is made to and understood by the intended party, otherwise the whole exercise would have been a waste of time.

5. Be Prepared to Make the Tough Decisions

Sometimes, no matter how hard you try, how diplomatic you are or how much you genuinely care about an employee, it just doesn’t work out.

It may be nobody’s fault. Some people might be struggling with personal issues and find it hard to compartmentalize their emotions in the workplace. Others are just more suited for other styles of management or a different job altogether.

Regardless, no matter how much you like a person, or how much you want to give them a second, third, or tenth chance, if they are affecting your bottomline, you need to let them go. Do what’s right for your business, your livelihood and the livelihood of your other staff members.

Firing an employee is the hardest decision a manager has to take. If it gets to this point, do it right. Don’t put it off, don’t make excuses, and don’t make someone else do it. The best managers take tough decisions impeccably. They think of the outcome; the bigger picture; the future, not the momentary discomfort of taking that action.

Staff management is always hard, no matter what the industry.

Unless you want to be teaching all the classes, doing all the admin and never seeing your studio grow beyond the handful of students you can physically and mentally manage on your lonesome, it’s an inevitable part of studio ownership.

So, make sure you have some strong staff management policies in place from the very start to prevent any unnecessary conflict and drama. Be fair and diplomatic when dealing with any issues, and ensure your expectations and consequences are clear.

Drama is bound to happen where there are people involved. Just make sure you are equipped to deal with it when it arises.

More from my site